Home
Products
About Us
Factory Tour
Quality Control
Contact Us

Cooperation is very satisfactory and the Company of the past few years, we are very willing to continue long-term cooperation.

I want to say that your products very good. Thank you for all your suggestion, also good after sales service.

SURFACE-SET PCD CORE BITS are set with PCD(Polycrystalline diamond), a singular layer of natural or synthetic diamond utilizing a hard matrix compound on the face of the bit. The diamond set design ensures sufficient overlap to prevent premature wear of the matrix.

Surface-Set diamond bits are primarily recommended for use in drilling relatively soft, abrasive, unconsolidated formations that are not effectively drilled by impregnated diamond bits.

They are also recommended for use in drilling harder formations where the available rotational speeds and bit loads are insufficient to use impregnated diamond bits due to drilling equipment limitations.

Surface-Set Non-coring Bits are drilling for broken formation rock which can't be cored. Crown are used A to set with synthetic, natural or polycrystalline diamond. It's used for drilling in soft to medium hard formation rocks.

Notes:Non-standard items also can be made according to your detailed demand 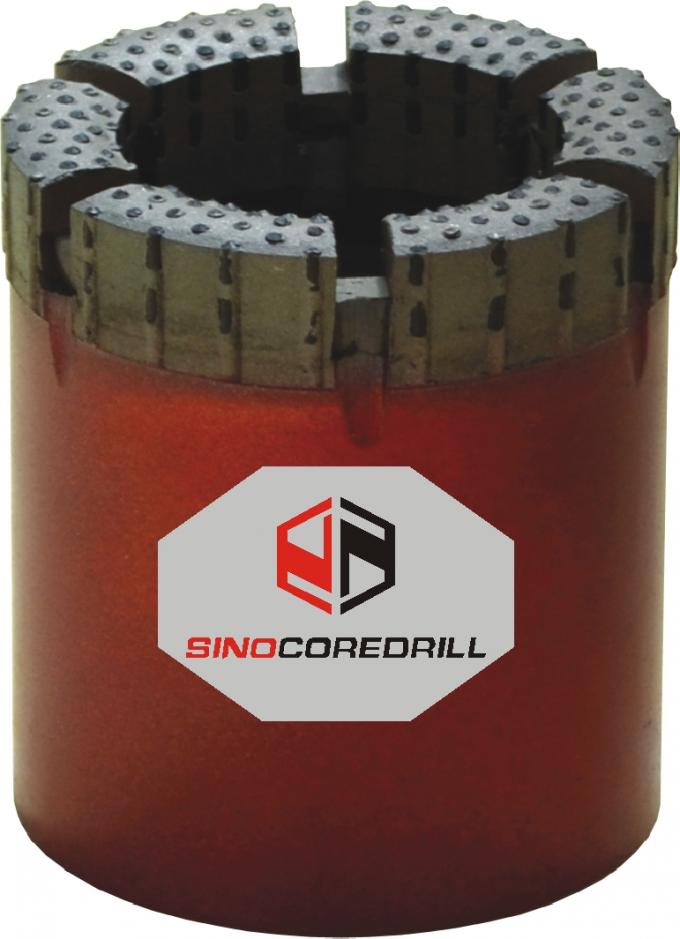